Where we’ve come from.

McDonald’s was founded more than 60 years ago. And in 1994, McDonald’s opened its first restaurant in Egypt. Today, over 80,000 customers are served under the Golden Arches at more than 100 stores throughout the country.

McDonald’s employs more than 5,000 individuals and indirectly supports and provides employment opportunities for over 11,000 families.

Over 90% of McDonald’s products come directly from Egyptian suppliers that are required to adhere to strict quality and food safety standards. Its commitment to food safety encompasses the entire supply chain - from raw materials to customer care.

McDonald’s offers numerous training programs for employees to provide the highest performance levels and customer service, while providing a supportive work environment characterized by openness and cooperation. McDonald’s offers its employees a differentiated employment experience and provides training and development opportunities as well as an open and respectful work environment that supports career growth and develops leaders. McDonald’s also believes in the importance of engaging employees at every level in the organization and takes pride in developing initiatives that support and encourage employees in every way possible to achieve their full potential whether work related or other.

Since its opening, McDonald’s Egypt has been dedicated to supporting the community on two levels – nationally through charity causes and development projects; and on the restaurant level through local initiatives. McDonald’s adopted Ezbet KhairAllah Project since 2009 which focuses on the wellbeing and development of underprivileged children in unplanned communities in cooperation with NGO “Peace & Plenty”. Starting with Ezbet KhairAllah and Batn El Bakara, McDonald’s successfully renovated 22 nurseries and 8 primary schools. McDonald’s Egypt vision with this project is to provide children in unplanned communities the necessary education that enables them to be part of the productive Egyptian workforce.

McDonald’s Egypt has also embarked on a joint educational venture with the Faculty of Hotels and Tourism, Helwan University to offer employment opportunities and internships to students, in addition to enrolling non-university graduate McDonald’s employees in the Hotels andTourism Open University program to provide them the opportunity of a university education as well as the necessary knowledge and skills to help them progress into management careers faster.

Children love McDonald’s, so to help parents feel better about feeding their kids the food they love, McDonald’s has been enhancing its menus through its “Commitments to Offer Improved Nutrition Choices” initiative.

With more than one million of you coming through our restaurants every day, it’s our priority to maintain your trust and integrity. To do this we make sure our customers and employees receive the respect they deserve. Through honesty, hard work and outstanding quality, service, cleanliness and value (QSC&V) we make sure that our restaurants are up to the standard you deserve. 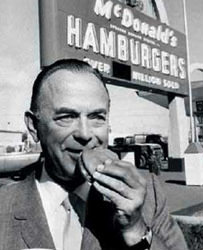 Our corporate values appear in everyday working life and guide our strategic direction and corporate planning. 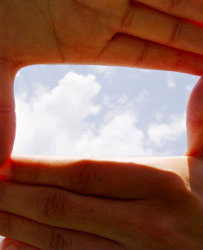 In 1954 in the USA there was a milkshake machine salesman named Ray Kroc. Ray received an order from the McDonald brothers' hamburger outlet in California, and was impressed by their company - the menu was simple and cheap but the hamburgers were good; the fries were made in-store; and the shakes were thicker than usual.

Ray made them an offer. "Let me open new McDonald’s stores and I'll give you half of one per cent of the gross sales for the use of the name and the idea."

The McDonald's brothers accepted and Ray opened his first store in Des Plaines, Illinois. He began to build the business by granting franchises to local entrepreneurs. By 1960, he'd opened 200 restaurants throughout the USA. In 1961 he bought the McDonald brothers' share of the business for $3 million and in 1965 the company became the McDonald's Corporation.

Today, we've got more than 34,000 restaurants in over 118 countries. Every day, we're serving meals to more than 50 million people worldwide. 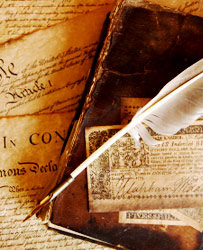 1972. The 2,000th restaurant opens in Des Plaines, Illinois. The Quarter Pounder is introduced.

1975. McDonald’s celebrates its 20th anniversary. The Drive-Thru concept is unveiled in Oklahoma.

1990. The world's largest McDonald's with 900 seats opens in Pushkin Square, Moscow. A McDonald's restaurant opens somewhere in the world every 14.5 hours.

1993. McDonald's becomes the second most recognized brand in the world.

1994. McDonald's Egypt opens its first two restaurants in Egypt, in Merghany and Mohandessin.

2001. McDonald’s Egypt’s first donation to 57357 Hospital, one of the biggest hospitals specialized in children's cancer in the world. The McFamily rallies to support those affected by the 11th September events through donations of food, services and money. RMHC is named one of the top 100 charities by Worth Magazine.

2011. McDonald’s now operates in 119 countries having opened stores in Bosnia and Herzegovina, and Trinidad & Tobago. 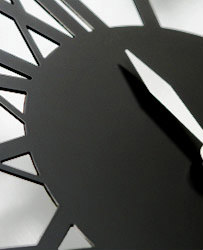